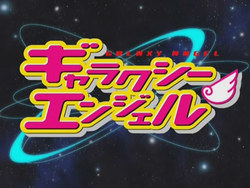 Recently I had the opportunity of viewing a DVD that I had bought in 2006 but never had the chance of seeing: it was the third season of Galaxy Angel, of which I had already viewed the first two years before. After viewing it, I realized I could have viewed it sooner, as I liked it quite a bit. Not only that, but I brought myself up to speed by getting what was left in the series, that is the second half of the third season (marketed by Bandai Visual as Galaxy Angel AA) and the fourth and final season (known in the English speaking market as Galaxy Angel X).

Well, I found the whole franchise quite good: and after having explored also other bits of it, including the manga and the games related to it, I thought it’d be nice to have a retrospective with my own views. Which is the point of this post.