KDE has released its monthly update for the 4.10 release, and after a brief wait while the Open Build Service worked over the released tarballs, the openSUSE KDE team is pleased to announce the availability of the 4.10.2 release packages for openSUSE 12.2 and 12.3. 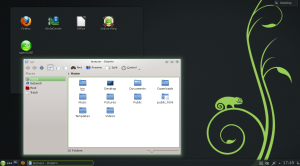 Despite being a minor release, more than 100 bugs were fixed, in particular there were many KDEPIM fixes touching both the low level stack and KMail/KAddressbook/Kontact. Some highlights on the fixed issues:

And this is just a small part of the complete list.

As usual, packages live in the KDE:Release:410 (openSUSE 12.3, openSUSE 12.2) repository. You can add the repositories through zypper or YaST.

Report bugs in packaging to Novell’s Bugzilla, and bugs in the software directly to KDE.