Although the release of openSUSE 12.3 is yet to come, the people of the openSUSE community contributing to KDE are already at work to bring the best possible KDE experience for the new release.

One of the changes that started off already is the development of a new Plasma theme and color scheme. Based on the original Produkt theme, it has been adapted to be better integrated with openSUSE’s customary green: 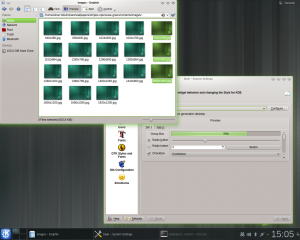 Aside from general changes, theming has also been extended to the new logout dialog from the next release of the KDE Workspace (4.10) which will be in openSUSE, and to the logout screen:

Last but not least, the theme extends to the alt-F2 launcher (KRunner) and to the system tray (shown is the new QML system tray from Plasma Workspace 4.10): 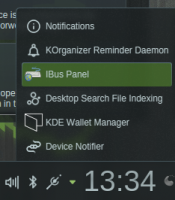 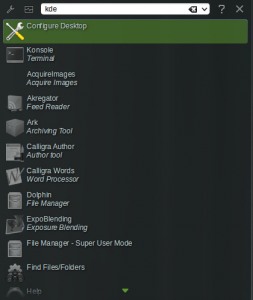 Don’t forget that everything is a work in progress.

This theme is the result of the hard work of the following people:

Thanks also go to Melissa Adkins for reviewing the theme from a graphics design point of view.

« Another story of a patch, or of bugs, investigation, and fixing
Archive
openSUSE KDE Bug Squashing Days »